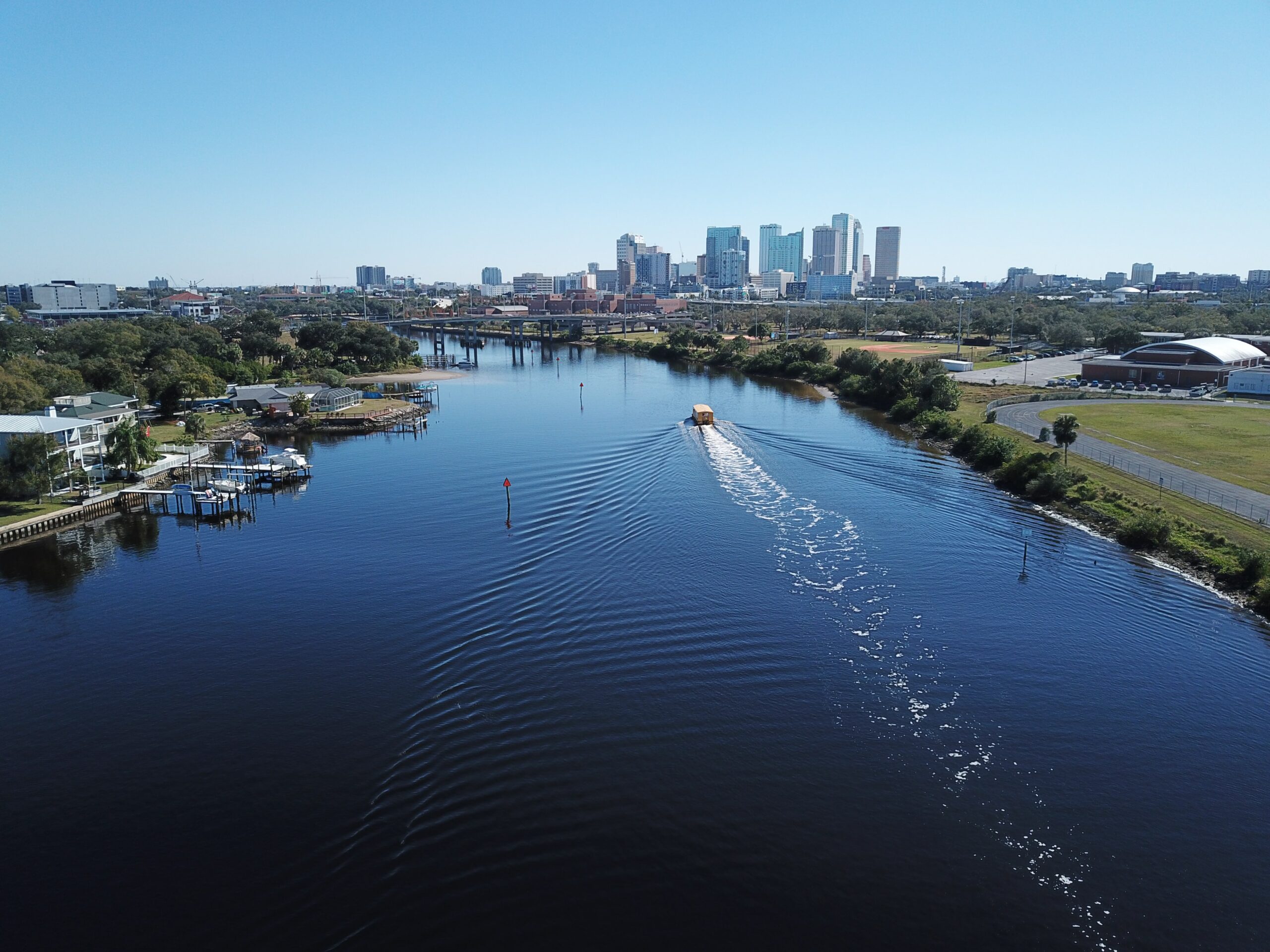 Water Street Tampa is more than two years and 5 million square feet into vertical construction — and the urban district is about to hit another major milestone.

Developer Strategic Property Partners says the removal of the existing railway crossing at Meridian Avenue is on track to begin in early November. That rail removal is tied to the relocation of the Ardent Mills flour mill to allow East Cumberland Avenue to connect to both Channelside Drive and Brorein Street — finally making for a direct east-west connection between the central business district and Water Street, the Channel district and Port Tampa Bay.

It’s a construction project several years in the works: SPP acquired the flour mill’s real estate in October 2018. Removing the flour mill will remove a longtime physical and mental barrier between the eastern and western ends of downtown Tampa.

SPP is controlled by Tampa Bay Lightning owner Jeff Vinik and Microsoft co-founder Bill Gates’ Cascade Investment Fund. Water Street, which began infrastructure and road grid realignment construction in 2016, is built on the premise of turning a car-centric, moribund corner of downtown Tampa into a vibrant, pedestrian-scale urban neighborhood. Street-level retail and public art are key priorities, as is a focus on health and wellness that predates the novel coronavirus pandemic by several years.

Beyond the railway removal, Water Street is also on track to deliver the entirety of its first phase — 10 buildings — by early 2022. That includes a $50 million renovation of the Tampa Marriott Water Street and the USF Morsani College of Medicine, which opened in 2019. The first phase will include 70 restaurants and retailers; 1,300 rental units; and Tampa Bay’s first four- and five-star hotels. Every building in the district includes street-level storefronts.

“Over the next year, we’re planning for a number of project milestones,” said Charlie Rollins, executive vice president and development and construction director. “Opening the new JW Marriott, opening the much-anticipated Cumberland Avenue connection between downtown and the Channel district, welcoming our first residents to live in the neighborhood and continuing to bring in new retail and office tenants, while actively planning for future phases.”

Here’s a building-by-building breakdown of the progress — and what you can expect in the months ahead.

Heron: This dual-tower apartment building, which was previously known as 815 Water Street and includes a GreenWise Market on the ground floor, is slated to welcome its first residents in early 2021. Preleasing on the 420 apartments will begin in the coming weeks, and the GreenWise Market will open in the spring. It sits at the eastern entrance of the Tampa Riverwalk by the Tampa Bay History Center, and it will include a new gateway to the Riverwalk.

1001 Water Street: This 20-story office tower is quickly taking shape at the intersection of Water Street and Channelside Drive. When it broke ground in July 2019, it was the first multitenant office building to begin construction in downtown Tampa in nearly a quarter century. It includes 380,000 square feet of office space and street-level retail.

JW Marriott: The 26-story, 519-room JW Marriott was the first building to begin vertical construction in Water Street in April 2018, when it broke ground on what was previously Amalie Arena’s Silver Lot. A new convention hotel has been part of Vinik’s vision for downtown Tampa since long before Water Street had a name or even a master plan in place; a hotel in that location cleared the city council approval process in 2014.

Before it ever broke ground, the JW Marriott was named the host hotel for Super Bowl LV, which will be played in Tampa on Feb. 7, 2021.

The Tampa EDITION: This hotel-condo, the first of its kind in Tampa, is slated to top out in January. It will include 172 boutique hotel rooms and 37 hotel-branded condos on floors 10 through 27. It’s on track to wrap up completion by the end of 2021. It broke ground in 2019 across the street from Amalie Arena, at the northwest corner of Channelside Drive and Water Street.

1011 E. Cumberland Ave.: This 23-story apartment tower — which recently topped out — will add 388 new apartments to the intersection of Water Street and Cumberland Avenue. It is slated for completion in late 2021.

Cumberland parking garage: Set to open early next year, the new parking garage will be utilized by USF medical students and Water Street visitors, residents and office workers. It’s connected to the apartments at 1011 E. Cumberland Ave. by a Dutch streetscape concept known as a “woonerf” — particularly cutting edge for a car-centric place like downtown Tampa. The woonerf, SPP says, “envisions the street as a social space, where pedestrians, cyclists and drivers co-exist in a curbless environment while offering a streetscape with outdoor dining and activities for residents and visitors.”

1050 Water St.: One of the largest — if not the largest — apartment buildings in the Tampa area, this tower will add 497 units to Water Street on a block north of the Edition. It’s slated for completion in early 2022.

Sparkman Wharf: The transformation of Channelside Bay Plaza into Sparkman Wharf is complete, SPP says. The facade redevelopment is done, and new tenants continue to open at the property, which includes an events lawn, dining concepts housed in shipping containers, and office and retail space. Mexican restaurant JoToro recently opened in the former Hooters space, and coworking operator Industrious is planning a location at the property, too.