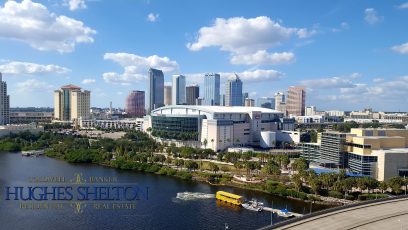 Tampa is a fun town.

According to a recent study from WalletHub, Tampa is the fifth-best city in the country for recreation.

The study rated cities according to 48 metrics of recreational value, such as basic living costs, recreational facilities, access to entertainment and the quality of the parks.

Tampa scored 53.73 in this study, merely five points behind the top-scoring city, San Diego, which scored a 58.27. Las Vegas, Orlando and Honolulu are the other cities ahead of Tampa.

Tampa has the 13th-best weather and the 14th-best entertainment and recreational facilities. It only has the 36th-best “cost ranking” and the 74th-best quality of parks.

According to the study, “neighborhood parks…are instrumental to building a sense of community, boosting property values, improving public health and reducing pollution.”

The city of Tampa’s Parks and Recreation director, Paul Dial, underscored the sense of community that the city’s parks foster.

“We have some areas that are very active for recreation, for athletics, gymnastics, tennis and racquetball,” he said. “But we have some beautiful passive areas as well, such as Picnic Island where you can enjoy the day and have a picnic with family or walk in and see nature.”

Dial believes that the study’s findings are reflected among city residents.

“My feeling is from my time here is that people in the city care about their parks and they want their parks to be available to them and maintained well,” he said.