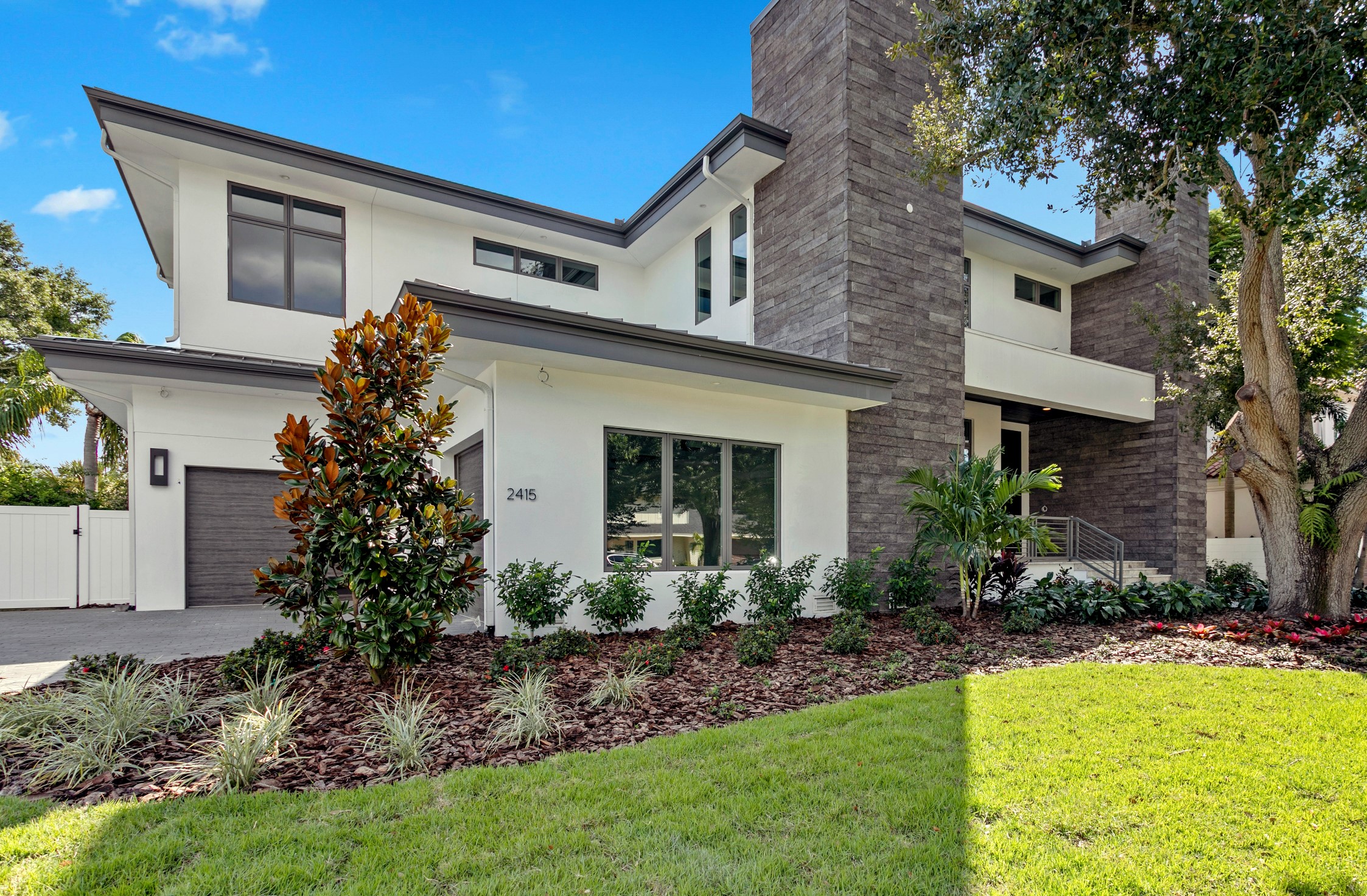 Evan Padone has always fielded a lot of inquiries from out-of-state homebuyers looking for Florida real estate — but there’s been a noticeable uptick since the novel coronavirus pandemic took hold in the U.S.

“I get a lot of calls from Connecticut, California and New York, and that’s for tax reasons,” said Pedone, a real estate agent with Engel & Völkers Madeira Beach. “This is kind of like the icing on the cake, because New York City was just shut down. For a lot of people who were living up there, it was like, ‘This is it. We have to get out.'”

Tampa Bay’s luxury real estate agents say they’re seeing an increase in interest from out-of-state buyers since the pandemic began, and much of that comes from those fleeing dense urban environments in New York and New Jersey. While new cases of Covid-19 are skyrocketing in Florida, the Sunshine State offers large single-family homes with features that make quarantine more tolerable, from dedicated office space to home gyms.

The Tampa region’s lack of density has long been a knock against it, from its lack of mass transit to a densely populated urban core, when it comes to competing with other cities for jobs and talent. But in a post-pandemic world, Florida’s sprawling nature could emerge a winner.

Between out of-state buyers and typical move-up buyers, the Tampa Bay luxury market is still seeing high demand in the face of a global pandemic. Sales of luxury single-family homes — priced from $1 million and up — are up 9 percent over the last 12 months as compared with the prior 12 months, and the median price of these homes is up 3 percent as well, said Charles Richardson, regional senior vice president at Coldwell Banker Residential Real Estate.

Miami has long been the Floridian escape of choice for New Yorkers, said Jennifer Zales, an agent with Coldwell Banker. But buyers from the New York metro area are increasingly finding their way to Tampa Bay. “Our values are much better,” she said. “You get a lot more for your money here.”

Zales, herself a native New Yorker, said she’s seeing an increase in inquiries from the Northeast as well. Area codes from New York, New Jersey and Connecticut regularly pop up on her iPhone screen. She lived and worked in the New York metro area after college and still has a heavy referral base there.

“They’re looking for bigger houses where they can actually work from home and have separation from the kids,” Zales said. “Their current residences, in many cases, aren’t working out. So they’re setting themselves up for the next quarantine.”

Jeff Shelton of Hughes Shelton Realtors at Coldwell Banker said he’s seen a major upswing in sales in the $2 million-and-up range. From March 1 to June 24, 2019, 23 homes sold for over $2 million in Hillsborough County. This year, 38 homes have sold for more than $2 million in the same time period, and another 39 are pending.

Virage Bayshore and Aquatica Bayshore, two luxury condo towers on Bayshore Boulevard, have been closing units in that time frame this year. But the vast majority of those condos are below $2 million.

“I had seven of those sales,” Shelton said of the 38 closings over $2 million, “and five were out-of-state buyers.”

Out-of-state buyers are even more prevalent in the $3.5 million-and-up range; Shelton was the listing agent on 2415 S. Dundee St. in Tampa’s Beach Park, which sold this week to a Chicago buyer for $3.8 million.

“The quality of buyer searching out Tampa now is that über-affluent buyer that has the flexibility to work from anywhere,” Shelton said.

He said he doesn’t see demand slowing any time soon. In the coming weeks, he will debut a $15 million listing in South Tampa.

“It will be a significant home for the type of buyer we’re now seeing relocating to Tampa,” he said.

Like Zales, Janet Moore also has ties to the New York region, where she was a real estate agent; she’s been in the Tampa area for six years. She closed 18 home sales from April through June, ranging from $450,000 to $1.35 million. Over half of her buyers were from the New York area.

She said she has about 25 buyers in her pipeline right now, 75 percent of whom are from New York or New Jersey.

“They’re fleeing because of the pandemic,” Moore, an agent with Premier Sotheby’s International Realty, said. “They want more space. They don’t want to do vertical living anymore.”