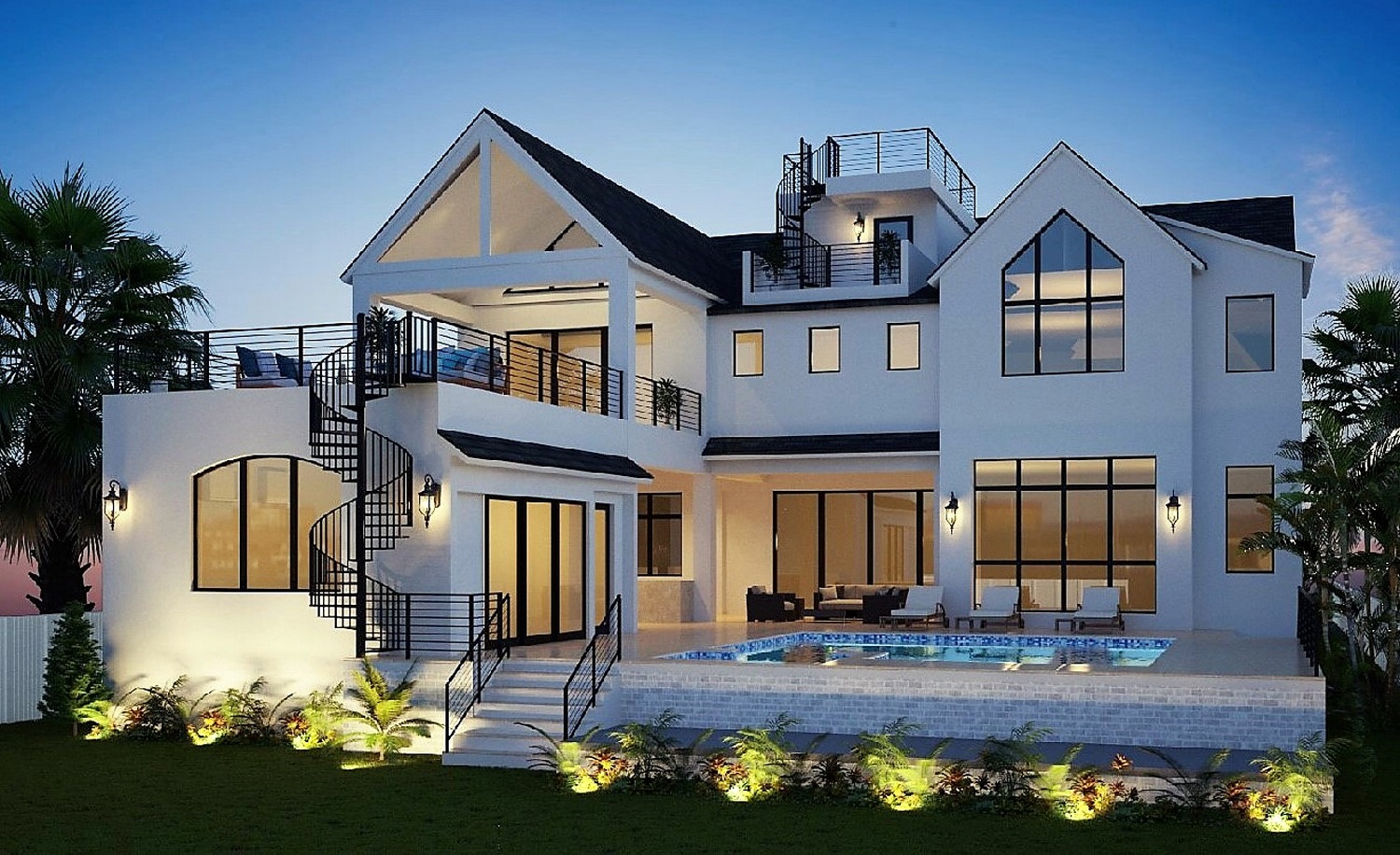 Proximity to the gulf and bay drove prices for the most in-demand homes into the eight-figure range during 2019.

The priciest homes in the Tampa Bay area got a lot more expensive during 2019, and virtually all of them shared something in common:

On the Pinellas County beaches and Davis Islands, premium homes with waterfront views broke above the $10 million mark during 2019. Others on the canal streets of South Tampa and in two of St. Petersburg’s exclusive condos weren’t far below.

“The beachfront property, it’s just been unbelievable this past year,” said Realtor Martha Thorn, who was involved in three of the biggest sales on Clearwater Beach. ”I’ve been doing this for a long time, over 30 years, and in the past we’ve never seen this kind of activity, even at the height of the market.”

In 2018, the most expensive sale in the bay area was $9.5 million for a historic mansion on Bayshore Boulevard in Tampa. That year there were only five sales on either side of the bay for more than $6 million. And spending $3.45 million on a house got you into the top 25 sales of the year.

In 2019, by comparison, the biggest sale was the $16.5 million that Pinellas real estate investor Ben Mallah paid for a Belleair Shore gulf-front mansion. There were four sales of $10 million or more, and 12 of $6 million or more. The least expensive house in the top 25 sold for $4.34 million.

In 2018, that $4.34 million purchase — a five-bedroom South Tampa house overlooking Old Tampa Bay — would have been the No. 15 home on the list.

And a few buyers spent even more than Mallah buying neighboring homes that could be demolished to create an even bigger buildable waterfront lot.

On the far north end of Clearwater Beach, ConnectWise co-founder Arnie Bellini and his wife Lauren spent a total of $20.25 million on two houses on Mandalay Point, an exclusive strip of land so narrow that every house has the Gulf of Mexico on one side and the Intracoastal Waterway on the other. Shortly after the sale, Thorn said the Bellinis planned to remodel at least one of the houses.

In Tampa, companies that appear to be connected to Joel Kassewitz, the husband of Tampa Bay Buccaneers co-owner Darcie Glazer Kassewitz, paid a total of $16.3 million for two side-by-side homes at the southern end of Davis Islands. Joel Kassewitz is the sole member or manager listed in corporate records for each company. And the address for both companies is a house in Avila that matches voter registration records for the couple.

The Davis Islands homes, with backyards that include a view of Tampa Bay all the way to the Sunshine Skyway, have both been demolished, creating the potential for the lots to be combined for an even bigger residence.

“Davis Islands hit a new high in 2019” with those two sales, plus two more that sold for $6 million or more, said Thorn’s Coldwell Banker colleague, Jennifer Zales. “The values have been reset there; however properties still have to be priced right to sell. If someone is priced out of that market now, there are great options on Bayshore and in the West Shore waterfront areas.”

Century 21 Realtor Dania Perry said it wasn’t that many years ago that a sale for more than $3 million was something you saw only a handful of times a year. That’s changed, she said, partly because more wealthy buyers from out of state are not only drawn by the bay area’s beaches, but by the presence of an international airport within a 30-minute drive.

Will these kinds of prices continue into 2020? Typically, Thorn said, in an election year things slow down a bit in the premium housing market no matter who is on the ballot. That’s because people buying mansions typically are not buying because they need a place to live. They’re buying because they want something. And in an election year, their minds might be on other things.

Here’s a look at who bought the 25 most expensive homes in the Tampa Bay area last year. (The names in parentheses are the primary listing agents.)

Real estate investor Ben Mallah set a new record for the most ever paid for a residential property in the Tampa Bay area with his purchase in January of a gulf-front mansion from former Philadelphia Phillies slugger Ryan Howard. Built in 2014, the house has castle-like balconies and patios, plus a six-car garage, two-story paneled library, bowling alley, wine cellar big enough to host a small cocktail party, trophy room and a pool that meanders through the 2½-acre property.

Built in 1993, this is one of two neighboring homes purchased on the far north end of Clearwater Beach this year by ConnectWise co-founder Arnie Bellini and his wife Lauren. Together, the two purchases totaled $20.25 million, which if combined would make them the largest residential purchase in the bay area’s history. The houses have water on two sides, the Gulf of Mexico to the west and the Intracoastal Waterway to the east.

Seller William Baumgart built this unusual home on 16 wooded acres off Keystone Road in northern Pinellas in 2006, the same year he sold his Clearwater-based TransContinental Title Company to one of America’s largest title insurers. Massive iron doors open into the foyer with a 26-foot-high vaulted ceiling. The home includes “The Village,” an entertainment wing with a pub, poker and cigar room, book store and music lounge. Outside, a 12-foot-deep, 200,000-gallon pool has a rope bridge, water slide and swim-up tiki bar. The buyer is a limited liability company with a manager listed as David McComas, a real estate developer and major Subway Sandwich franchise holder.

This 1957 two-story home was one of two neighboring waterfront properties purchased by separate limited liability corporations that appear to be connected to Joel Kassewitz, the husband of Tampa Bay Buccaneers co-owner Darcie Glazer Kassewitz. Both companies list Joel Kassewitz as their sole member and manager, and the address for each is the same as where the couple has registered to vote. Both homes have since been demolished.

Built in 1984, this is the second of two neighboring homes on Clearwater Beach purchased by Arnie and Lauren Bellini following the sale early this year of ConnectWise, which was purchased by a Silicon Valley private equity firm for a price that was estimated at more than $1 billion. The sellers were longtime Pinellas real estate executive Richard Cope and his wife Jill.

James P. Gills Jr., acting as trustee, sold this 1931 house to a limited liability corporation with an address at a boutique tax law firm on Bayshore Boulevard in Tampa. The home has more than 155 feet of deep water dockage with access to the Intracoastal Waterway, 152 feet of beachfront and a 350-foot-long boardwalk to the beach.

Stu Sjouwerman, the founder and CEO of Clearwater-based cybersecurity company KnowBe4, which was valued in June at $1 billion, and his wife Rebecca, bought this waterfront French-style country home, built in 2001, from Dr. James St. Louis, a founder of the now-defunct Laser Spine Institute. The house has a theater, rocky lagoon with underground water slide, backyard koi ponds and a tennis court. There is a separate one-bedroom guest house.

Built in 2016, the house features more than 100 feet of bayfront views, an elevator, a saltwater heated pool and spa, a summer kitchen and a 1,550-bottle wine cellar. The identities of both buyer and seller here are a mystery. The buyer was a limited liability corporation with an address at a Tampa tax law firm. The seller was a different law firm that was the successor trustee to a trust.

The condo, the second most pricey condo ever sold in the bay area, has three balconies, including one off the kitchen with an electric grill and sunset views. The formal living and dining rooms feature crystal chandeliers, crown molding and a wet bar for entertaining. The buyer was Amor Fati LLC, a limited liability company with an address in Bannockburn, Ill. (Amor Fati is Latin for “love of fate” or “love of one’s fate.”) The company’s manager was listed as Philip E. Ruben, a lawyer who has represented software companies on license agreements and other issues and who also served as chief financial officer of a biotech company.

Built in 1982, this two-story house is the second of two neighboring homes purchased last year by a limited liability corporation whose sole member was Joel Kassewitz. It has been demolished.

Conrad and Cynthia Letson of Winter Springs bought this home, which was built in 2014 and has 82 feet of beachfront and a four-car garage, from Ariyana Saint Jennings.

Dr. Gary Clayman, a thyroid surgeon who founded the Clayman Thyroid Cancer Center in Tampa, and his wife Miky bought this villa-style bayfront home built in 2002 from Cristina Bailey.

Michael Savino, the CEO of a packaging and supply company on Long Island, N.Y., and his wife Dana bought this home, which was built in 1998 and has gulf views from every bedroom, a five-car garage and marble floors, from Shaker and Madlene Youssef.

Richard and Jill Cope bought this 2007 beachfront home, which includes a 40-foot-wide covered balcony and is built with materials such as imported coral stone, Jerusalem Gold limestone and bamboo flooring, from M. David and Helen Feinberg.

Malatin bought this 1976 colonial Bermuda-style home, which included a formal garden with an orchid greenhouse and views of Old Tampa Bay, from George L. Mitchell.

Gehad Anthony Aboud and Charlene Hosseini bought this waterfront home from Elizabeth Hyden. The Mediterranean-style house was built in 1928 and was the home of early St. Petersburg builder Samuel Schooley, who worked in details such as 1,500-year-old reclaimed wood floors from Spain.

Daniel P. Rouen, founder and president of Tickets for Less, and his wife Shefali Rouen, as trustees of the Rouen Trust, bought this gulf-front home built in 2016 from a limited liability company whose membership included the Blossom M. Leibowitz family trust with Edward R. Leibowitz as trustee.

Once he paid a record price for his new home, Ben Mallah sold this one, built in 2004, to Mark A. Hagopian and Phyllis K. Murphy. The home overlooks the Intracoastal Waterway and has two kitchens, two laundry rooms, a music studio, a wine cellar and a five-car garage and a staircase made of four-inch-thick crushed art glass.

Susan and Timothy Cain bought this gulf-front home built in 1973 from William Lowe.

Built in 2017, this gulf-front residence is noteworthy for the sturdiness of its construction, with concrete block on all three levels, 31 pilings, a solid seawall, triple-pane windows and poured solid concrete slabs on each floor. It sold on New Year’s Eve, but no deed had been recorded as of last week. The prior property owners were Norman and Maura Korey.

Donald Hughes General Contractor sold this new waterfront home, which extends its living space into a covered lanai with a full kitchen, to Frank and Maureen Chiaino of Pittsford, N.Y.

Tech entrepreneur and former ConnectWise executive Matthew Joseph Nachtrab, as trustee of a revocable trust bearing his name, closed a deal with Madison Construction of Tampa to build a new home, which is now under construction, on a lot on a deep-water canal. The design is described as modern farmhouse, with a rooftop terrace.

Edward and Christine Muransky bought this three-year-old house from Samuel and Juliana Bynum. Muransky was a member of the Los Angeles Raiders team that won the Super Bowl in Tampa in 1984. He is the founder and chairman of the Muransky Companies, an Ohio-based and family-run firm that owns the holding company for Auntie Anne’s Soft Pretzel franchises, Rise Pies Handscrafted Pizza, a fast-casual restaurant with more than a dozen locations inside and outside Florida, and a surgical hospital in Ohio.