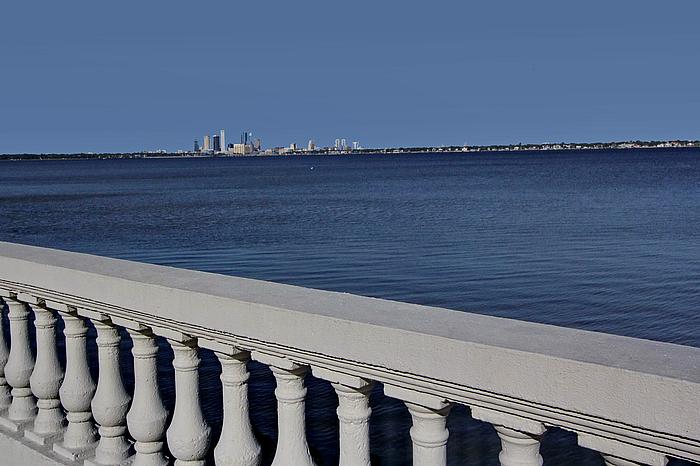 TAMPA — Fresh off their success with a condo tower in downtown St. Petersburg, a husband-and-wife development team now plan a luxury high-rise on Tampa’s Bayshore Boulevard.

The Sanctuary at Alexandra Place will have just 15 units — 14 covering an entire level each and one penthouse taking up two floors. All will have 360-degree views of Tampa and Old Hillsborough Bay.

Brian Taub, who is developing The Sanctuary with his wife, Debbie, said their impetus for the project was the strong sales at Virage, a 24-story, 71-unit tower under construction on Bayshore. A penthouse listed at nearly $5 million there quickly went under contract last year.

“They established a very high-end value in Tampa that had not been previously achieved and we saw that the products that sold the fastest at Virage were the ones that faced Bayshore and were the most exclusive,’’ Taub said today. “We decided to do something that was as just as high- end and luxurious and try to improve on that.”

Taub said each unit will have 80 feet of all-glass frontage on Bayshore with windows designed so there are no frames to obstruct the views. Designed by St. Petersburg architect Tim Clemmons, The Sanctuary ’s curving facade will replicate the curve of Bayshore.

Another plus to the site at 2619 Bayshore, Taub said, is that it is centrally located between Howard Avenue and Bay-to-Bay Boulevard and is adjacent to Fred Ball Park with a natural spring, fountain and gazebo. “It’s absolutely beautiful,” Taub said of the city-owned park.

In January, the Taubs bought the .86-acre Bayshore parcel from Marilyn Mancuso Weekley for $5 million. Her late husband, Dr. Augustine “Gus” Weekley, spent his entire life in the house his parents built on the property in 1924. As a boy, Weekley often set up a stand outside the house and sold lemonade, mangoes, avocados and citrus to passers-by on Bayshore, his wife recalled for a 2007 story in the Tampa Tribune.

Taub said the house will be demolished “in the next month or two” with construction of the condos due to start this fall. Completion is set for 2020.

Unlike many condo projects, The Sanctuary, marketed by Smith & Associates, will not take reservations.

“We will go straight to contract,” Taub said. “Reservations in my opinion don’t show that people are serious — the deposit is given and could be retracted any time. We would like to know that the buyers are truly buyers.”

The Sanctuary will be the third new condo tower on Bayshore Boulevard, which had not seen any condo construction for many years. In addition to Virage, Aquatica, a 15-story, 32-unit building is going up near Bay to Bay.