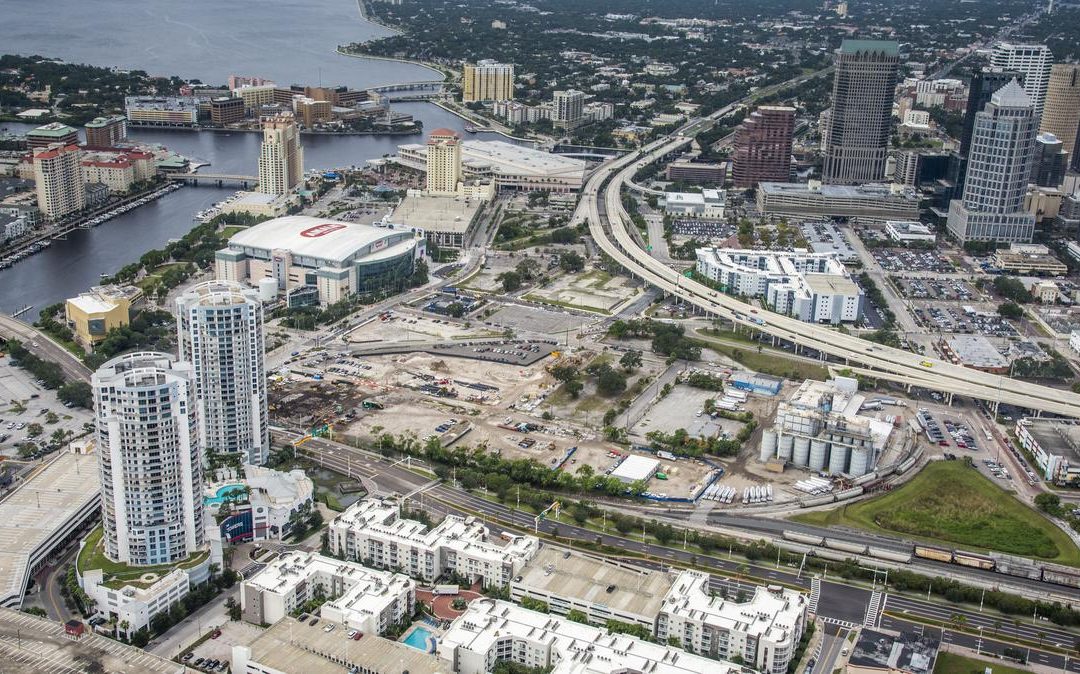 When it came to population growth last year, Tampa Bay grew by more people than can fit into Tropicana Field, making the region one of the fastest growing in the nation, U.S. Census data shows.

Hillsborough County came in 10th for the nation among individual counties for population growth last year with almost 27,000 new residents.

In Tampa Bay, the growth was completely driven by new arrivals. Without that inbound migration, Tampa would have lost population since deaths outnumbered births by almost 900 people. About two-thirds of the new arrivals came from U.S. states.

Tampa Bay wasn’t the only Florida area in the top 10.

Metro Orlando grew by 60,000 residents last year, almost as large as the number of people who can fit into the city’s Camping World Stadium, where college football bowl teams face off each winter.

Only Texas grew by more people than Florida last year, and the addition of tens of thousands of new residents to central and western Florida cities will increase the importance next election of the Interstate 4 corridor, already the swingiest part of the nation’s biggest swing state. That explosive growth also helps Florida’s chances of getting additional congressional seats — and presidential electors — after the 2020 Census.

Growth from mid 2017 to mid 2018 propelled these two metropolises into the top tier of the nation’s fastest growing metro areas last year, according to figures released last week by the U.S. Census Bureau.

Orlando had the nation’s fifth largest increase for metro areas in pure numbers, surpassed by only Dallas, Phoenix, Houston and Atlanta. Tampa came in at No. 9.

In Orlando, that migration dynamic was flipped with about two-thirds of the new arrivals coming from outside the 50 U.S. states. After Hurricane Maria devastated Puerto Rico in September 2017, tens of thousands of Puerto Ricans moved to the Orlando area, but Thursday’s Census release didn’t detail how many of Orlando’s new arrivals came from the island.

About a sixth of metro Orlando’s population growth last year came from the natural increase of more births than death, and the rest was fueled by migration.

The intense growth wasn’t just limited to large cities, but it also included smaller metros along Interstate 4, the east-west highway that slices through the center of Florida, the nation’s third most populous state with 21.3 million residents.

The Lakeland-Winter Haven area, midway between Tampa and Orlando on Interstate 4, had the nation’s fourth-largest growth rate at 3.2 percent, surpassed by only Midland, Texas; Myrtle Beach, South Carolina; and St. George, Utah.

The Villages, the retirement community northwest of Orlando, grew by 3.1 percent, placing it at No. 6 for growth rate.

While growth is an economic driver of construction and consumption in these cities, there are also consequences, such as Orlando’s and Tampa’s struggle to keep up with affordable housing, officials said.

Orlando ranked No. 1 and Tampa was No. 9 among large metro areas with the most severe shortages of rental homes affordable to extremely low-income households, according to a recent study by the National Low Income Housing Coalition.

Given the traditionally low wages in tourism, Orlando’s most visible industry, affordable housing is a top priority for county officials who are trying to expedite the approval process to get more reasonably priced housing built, said Olan Hill, assistant manager in the planning division of Orange County, the largest county in metro Orlando’s four-county area.

“We have to create the carrot to entice developers to build more affordable housing options,” Hill said.

South Florida remained Florida’s largest metro area, and one of the biggest in the nation. The area that includes Miami, Fort Lauderdale and West Palm Beach had a population of 6.2 million people, making it the seventh-largest in the United States.

Although more than 58,000 domestic residents left South Florida last year, their flight was offset by an influx of almost 93,000 residents from abroad and a natural growth of almost 15,000 people.

The Florida Keys declined by 1,600 residents last year, with most of the drop from residents moving away. Hurricane Irma, in September 2017, severely damaged 4,000 homes in the Keys, and most of them belonged to the archipelago’s affordable housing stock, said Helene Wetherington, Monroe County’s disaster recovery director.

“I absolutely suspect that many folks simply relocated if they couldn’t find alternative housing,” Wetherington said.