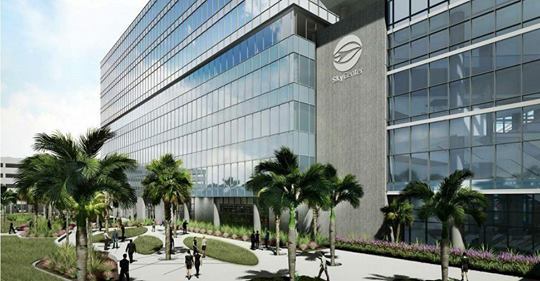 The Hillsborough County Aviation Authority on Thursday named VanTrust Real Estate to start construction later this year on a 9-story office building. The building, part of Phase 2 of the airport’s expansion, will be connected to the new car rental center. The new building also will include a parking garage, conference center and cafe.

Airport officials plan to move their offices from the main terminal to the new building. The airport plans to occupy three floors of the facility and rent out the additional space to other companies.

The move will open up space for express curbside pickup upgrades.

The new building, which will hold 271,500 square feet of office space, will be linked to the terminal by the year-old SkyConnect train.

The project is slated to be completed by 2021.

The facility had a record 21 million passengers flying in and out of Tampa in 2018.