Which Tampa Bay neighborhood home values will rise most this year? The answer may surprise you. 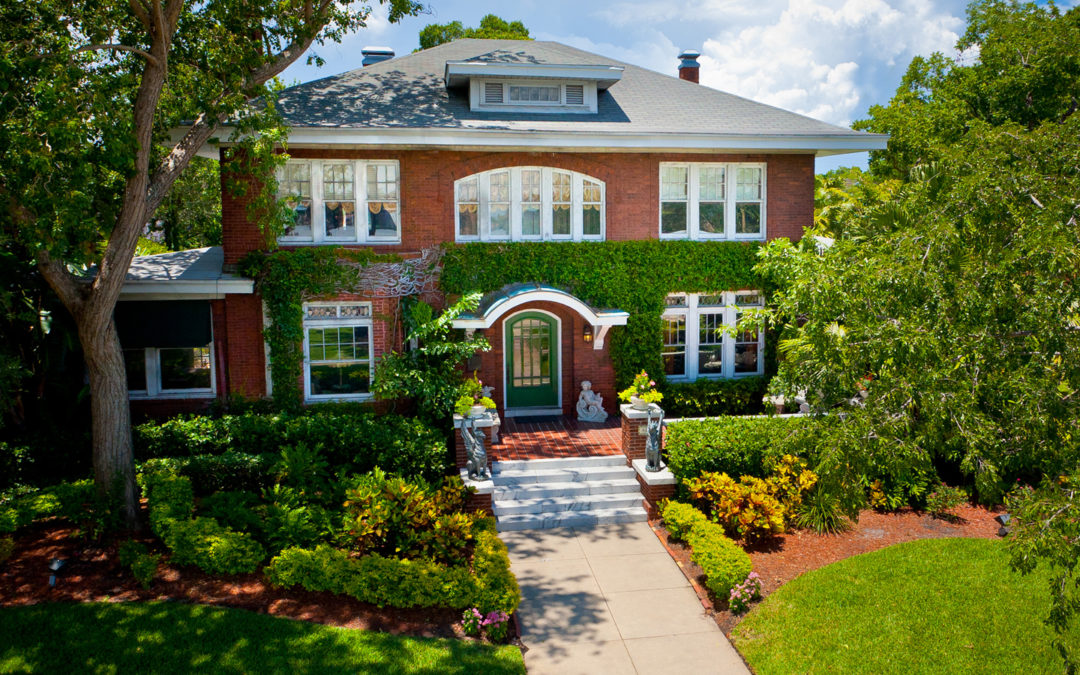 Most Tampa Bay residents have never heard of Westminster Heights. But the St. Petersburg neighborhood could give a lot of bang for the buck when it comes to investing in real estate this year.

Lying south of Central Avenue between 49th and 58th Streets S, Westminster Heights tops Zillow’s list of the five bay area neighborhoods expected to show the biggest percentage gain in home values in 2017. The others are Oakwood Gardens and Lake Euclid in St. Petersburg and Temple Crest and Fair Oaks in Tampa.

What makes Westminster so appealing that values could jump 11 percent this year?

“It’s a very cute neighborhood that has a good location in terms of access to things,” said Scott Shwarts of Sail Away Realty. “You have the Pinellas Trail (to the south) and Central Avenue, which is seeing new businesses pop up. The Grand Central end of Central has continued to improve and now we’re seeing it from 49th all the way to Pasadena Avenue.”

And with Westminster’s stock of older but well-maintained homes, “you can get a very nice house for a good price,” added Shwarts, who has a four-bedroom, two-bath place listed for $149,900. Typical buyers in the area are investors looking for rental properties and young first-time homebuyers— Westminster has its own community playground for residents with kids.

Here’s a look at the other neighborhoods in Zillow’s bay area top five:

FAIR OAKS — Think of South Tampa, and you probably think of Palma Ceia, Beach Park and other areas known for huge homes and prices to match.

Then there is Fair Oaks, which lies outside the coveted Plant High School district but can still claim a South Tampa address.

“There are not a lot of areas left where you can obtain the convenience of South Tampa for easily under $300,000,” said agent Tom Jackson of the Real Estate Shop. “The prices are about a fourth to a third lower than just to the north, where homes fall into the Plant school district.”

Fair Oaks is bounded by Euclid Avenue to the north, Gandy Boulevard to the south, Manhattan Avenue to the west and Dale Mabry Highway to the east. Along with nearby Guernsey Estates, Fair Oaks primarily has concrete block homes built in the ’50s. Many are being rehabbed while others are being torn down by builders in a sign of the area’s growing desirability.

Values in Fair Oaks are expected to climb 9.6 percent this year.

OAKWOOD GARDENS — This St. Petersburg neighborhood between 30th and 38th Avenues N is convenient to 1-275 — so convenient, in fact, that the backyards of several houses are right next to it.

While living with the constant din of traffic might deter many buyers, the area of Oakwood Gardens closer to 16th Street N features mature shade trees, well-kept older houses and easy access to stores and restaurants. Prices are more affordable than in neighborhoods closer to downtown St. Petersburg but — as in many parts of Tampa Bay these days — very few homes are currently on the market.

Home values in Oakwood Gardens are forecast to rise 9.4 percent this year.

TEMPLE CREST — This area along the Hillsborough River originally was part of the 19,000 acre Riverhills Ranch owned by the widow of Potter Palmer, the Chicago magnate who developed that city’s famed State Street and Lake Shore Drive.

Once viewed as a luxury subdivision, Temple Crest today “is like a lot of older neighborhoods with a lot of diverse housing stock in diverse condition,” said Rick Fifer of Vintage Homes Realty.

Bounded on the north by busy Busch Boulevard, Temple Crest has a considerable amount of river frontage to the south that could become more valuable as Tampa continues to upgrade its riverfront areas. Temple Crest is also convenient to the University of South Florida and the more upscale Temple Terrace.

“If you take 40th Street, it lands you at the door stop of USF,” Fifer said, “and if you take Riverhills (Drive) to the east you land in Temple Terrance and the shopping along 56th Street.”

Fifer is the agent for one of the largest homes currently on the market in Temple Crest, a three-bedroom, two- bath house with a detached garage with a studio-office, all on a half-acre. It is listed at $299,500. Temple Crest values are expected to rise 9.3 percent

This is another neighborhood next to the interstate but it’s even closer to downtown St. Petersburg and much pricier areas like Euclid/St. Paul’s, Crescent Lake and Woodlawn. Many Lake Euclid homes can be bought for under $175,000; values are expected to rise 9 percent in 2017.

Nationally, Zillow predicts a 3 percent increase in homes values in 2017. Nashville is forecast to be the hottest home market as the Music City increasingly diversities into health care and other industries. Rounding out the top 10 hottest are Seattle; Provo, Utah; Orlando, Salt Lake City; Portland; Knoxville, Tennessee; Ogen, Utah; Denver and Sacramento.

Which Tampa Bay neighborhood home values will rise most this year? The answer may surprise you. 01/06/17[Last modified: Monday, January 9, 2017 8:42am]
Photo reprints | Article reprints