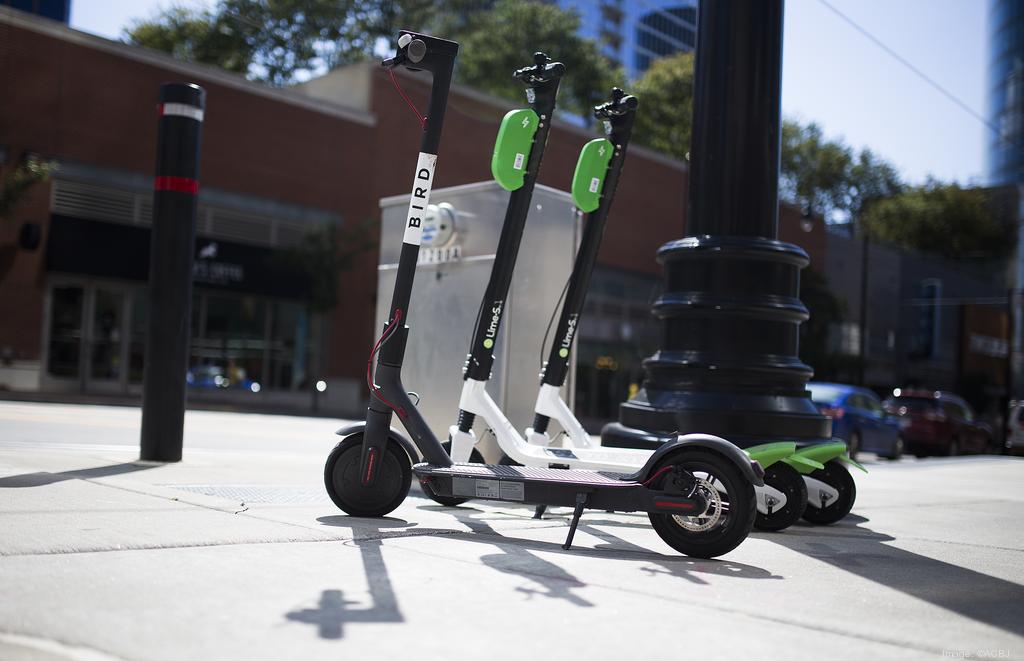 St. Petersburg leaders have been taking notes on the failures and successes of e-scooters so they can create a plan for their city.

The city that’s known for its downtown walkability and designated bike paths wants to hop on the e-scooter trend that sister cities in South Florida and Tampa have adopted.

Last week, St. Pete’s housing, land use and transportation committee unanimously voted to move forward with implementing an e-scooter pilot program, which will now be moving on to city council for a decision. The council is expected to have first and second readings on the items in August or September. The goal would be to issue out the request for proposals in September and to have the program in place by late fall or early winter.

“Our citizens are protective over public spaces, very worried about the clutter,” councilwoman Amy Foster said during the July 25 meeting.

She brought up how in her own personal experience, riding an e-scooter was frustrating and could be improved such as having better and clearer placement for corrals. “Tampa has the corrals. They are not being used in Tampa,” Foster said.

However, Transportation and Parking Management Director Evan Mory, whose team presented the item, addressed Foster’s as well as other committee members’ concerns. They recommend that e-scooters only be able to travel at a maximum speed of 15 miles per hour, have a minimum operating age of 18, would operate from 6 a.m. to 10 p.m., and have clear labeling of corrals and restrict scooters in certain areas.

E-scooters would be allowed on the Pinellas Trail, east of 34th Street and North Bay. They would be prohibited from all waterfront trail use at the North Bay Trail from Demens Landing to Coffee Pot Park.

Once the new St. Pete Pier is complete, e-scooters would only be allowed on the roadway.

There would be zero tolerance for them to be operated on sidewalks.

“If we begin to move forward with this, we need to go slowly and carefully. We can start as small as possible to make it work,” councilwoman Gina Driscoll said. “We can do this right and do it in another way other cities wish they had.”

She suggested starting with the minimum number of scooters and then opening up to more vendors later in the process.

The transportation and parking management team suggested looking at having one to three e-scooter vendors for the one-year pilot program, which could be renewed for a three-year period.

Although some committee members such as Driscoll are more in favor of having fewer companies, Mory said most cities have four e-scooter companies and at the end of pilot programs those cities can select a sole vendor.

The presentation from Mory’s team showed that there would be a total of 750 to 1,500 e-scooters deployed and the e-scooter companies would have to provide the city with trip information, incident reports, maintenance schedules, geofencing and whether they can detect if a scooter is tipped over as it could be an obstruction.

There would be a device fee from the operators for $1 per scooter per day. The city would use that revenue for bike lanes and sidewalk improvements.