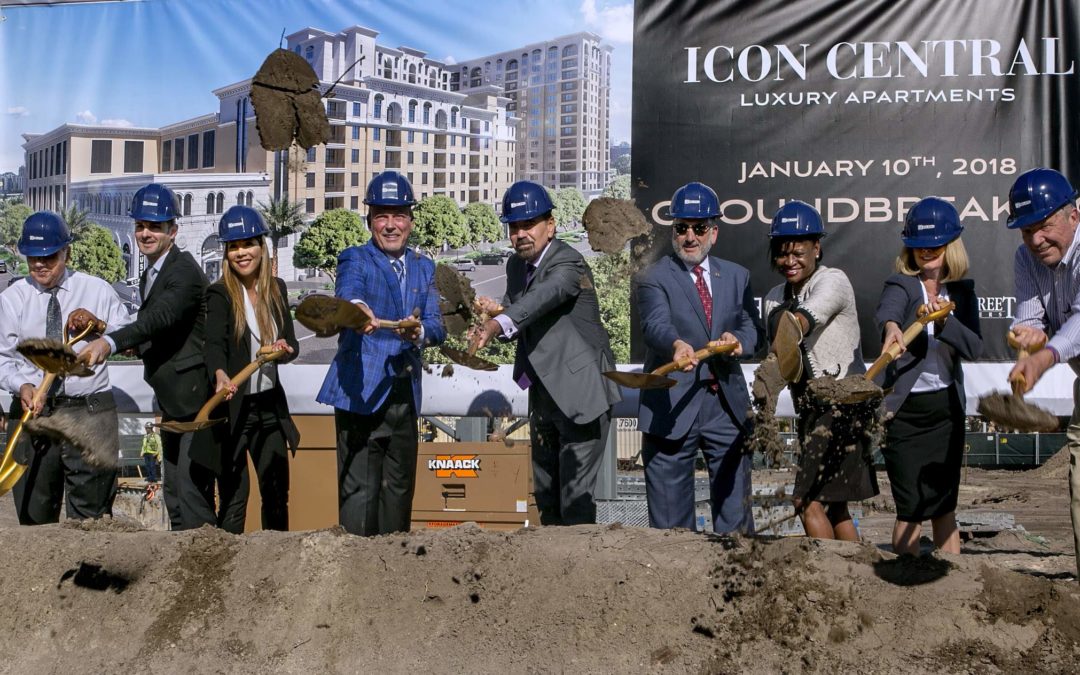 ST. PETERSBURG — Miami’s Related Group, one of Florida’s top developers, would like to build an “iconic’’ condo tower in downtown St. Petersburg, the company’s chairman and CEO says.

Though the idea is very preliminary, it shows the continuing interest in what has become one of the trendiest downtowns in the state. And while Related already is a major player in Tampa Bay, it would be the company’s first condo project in the area.

“St. Petersburg has grown beautifully,’’ Related founder Jorge Pérez said Wednesday at the ground-breaking of a downtown apartment project. “It has the best of both worlds, an urban livability with museums and shops and all kinds of different restaurants, and it offers a mix of water views that is difficult to find.

“It’s got the perfect location and we want to do the most iconic building, world-class.’’

Before the ceremony, Pérez and several Related executives walked along Beach Drive, lined with condo towers, and stopped by the sales office of ONE St. Petersburg, a 41-story, 253-unit tower under construction a few blocks from the water.

When asked if he thought any of the downtown towers were “iconic,’’ Pérez had a quick answer: “Not a one.’’

“We are very big on the arts,’’ added Pérez, the main benefactor of the Pérez Art Museum Miami. “If we do a luxury condo we will spend millions and millions of dollars on artwork.’’

Related would want a site close to downtown St. Petersburg’s waterfront, but Pérez acknowledged it likely would involve demolishing an existing structure because of the lack of vacant land. If the condo project came to fruition, Pérez said, it would be marketed to international as well as domestic buyers.

Since it started in 1979, Related has built, renovated and managed more than 90,000 condominium and rental units, including four Trump Towers. In recent years, the company has expanded beyond South Florida, and has focused increased attention on fast-growing areas like Tampa Bay.

Under a banner slung between a front loader and an excavator, Pérez, St. Petersburg Mayor Rick Kriseman and several others wielded gold-plated shovels to officially break ground on the ICON Central apartments in the 800 block of Central Avenue.

Work has already begun on the 368-unit project, which will include a seven-story parking garage, a 15-story apartment tower and 35,000 square feet of space for shops and a restaurant. Part of the retail space will be in a section of the century-old, long vacant Union Trust bank building that Related is preserving.

“They’ve done a very good job of marrying this new structure into the historic structure (of the bank),’’ Kriseman said. He touted ICON Central, which covers an entire city block, as a major step in creating “continuity’’ along Central Avenue.

“There were two blocks when I became mayor that I said I wanted to reactivate,’’ said Kriseman, who took office in 2014 and is now starting his second term. “This is one of them. It’s such a huge part of this area that has come back to life.

“The other “missing tooth in the smile,’’ as Kriseman put it, is the 400 block of Central, where two hulking, abandoned buildings were finally torn down in 2016 to make way for a planned mixed-used tower.

From St. Petersburg, Pérez and the rest of the Related team headed to Tampa to check on the company’s apartment projects there — the 400-unit Town Westshore under construction in the Westhshore Marina District; Manor Riverwalk underway on the former Tampa Tribune site; and ICON Harbour Island, just finished and about 40 percent leased.

The ICONs in Tampa and St. Petersburg are in Related’s new line of high-end apartments, with prices to match — top rents are around $4,000.