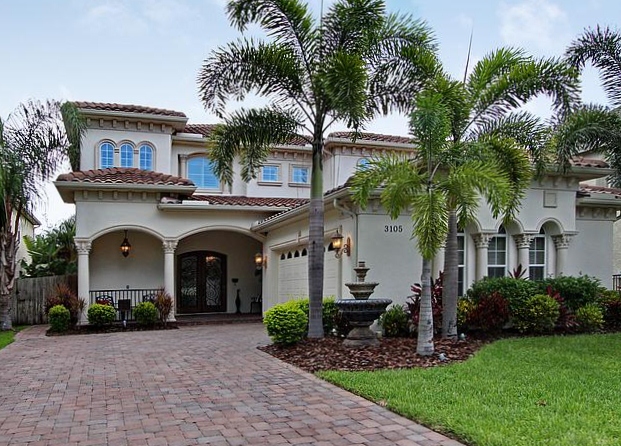 U.S. home prices jumped 12.2 percent in May from a year ago, the most in seven years. The increase suggests the housing recovery is strengthening.

Real estate data provider CoreLogic said Tuesday that home prices rose from a year ago in 48 states. They fell only in Delaware and Alabama. And all but three of the 100 largest cities reported price gains.

Steady hiring and low mortgage rates have encouraged more Americans to buy homes. Greater demand, a limited number of homes for sale and fewer foreclosures have pushed prices higher. Prices are still 20 percent below the peak reached in April 2006, according to CoreLogic.

Sales of previously occupied homes topped the 5 million mark in May for the first time in 3 ½ years. And the proportion of those sales that were “distressed” was at the lowest level in more than four years for the second straight month. Distressed home sales include foreclosures and short sales. A short sale is when a home sells for less than what is owed on the mortgage.

Home sales are expected to increase in the coming months. That’s because the number of people who signed contracts to buy homes rose in June to the highest level since December 2006. There’s generally a one- to two-month lag between a signed contract and a completed sale.

One worry is that higher mortgage rates could slow the housing recovery. Still, rates remain low by historical standards. And increases in rates could boost home sales. That’s’ because many Americans may act to lock in the lower rates before they rise further.

A survey by the University of Michigan released last week found more Americans believe it is a good time to buy a home because both rates and prices are just starting to rise.

Rates have been trending higher for two months. And the average rate on a 30-year fixed mortgage leapt to 4.46 percent last week, according to mortgage buyer Freddie Mac. That’s the highest in two years and a point more than a month ago.

Mortgage rates surged after Federal Reserve chairman Ben Bernanke said last month that the Fed could scale back its bond buying later this year and end it next year if the economy continued to strengthen. The bond purchases have kept long-term rates down.

Economists say that higher mortgage rates are unlikely to stifle the housing recovery. A more critical issue is whether potential buyers can get loans. There are signs that banks have become more willing to extend mortgages.