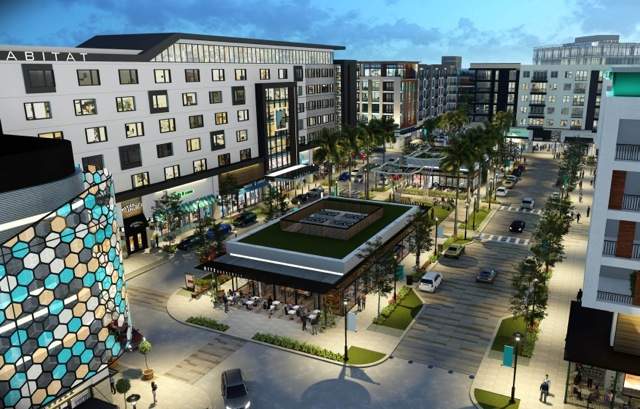 In what would be one of Tampa Bay’s biggest developments, a New York company plans a 1.8 million-square-foot project designed to help link downtown Tampa with the city’s booming Westshore area.

Midtown Tampa, a potential half-billion dollar project at the southeast corner of 1-275 and North Dale Mabry Highway, would include 240,000 square feet of retail and entertainment space; 750,000 square feet of Class A office space; 400 condos or apartments and a 225-room boutique hotel.

A full-color rendering released today by the developer, the Bromley Companies, shows mid-rise buildings situated around a landscaped pedestrian plaza with pond and fountain.

“Our vision is to inspire a transformative, truly walkable district connecting downtown Tampa and (the) Westshore Business District,” Nicholas Haines, Bromley’s chief executive officer and master developer, said in a statement. “The site will be recognized for its dynamic combination of office, retail, hotel and four-acre pedestrian-friendly public spaces.”

Once known primarily for its malls and office buildings, Westshore has become an increasingly popular place to live with hundreds of new apartments and condos being built in the last few years.

Bromley has owned the 22-acre Midtown site, bounded on the east by Himes Avenue and on the south by Cypress Street since the early 1990s. Earlier, it was known as the Tampa Bay One site. The only structure now on the property is an office building that the company owns and manages.

An estimated 250,000 vehicles a day pass by the site, which at one point Hillsborough County pitched as a potential ballpark for the Tampa Bay Rays.

“Bromley Companies’ substantial investment and decades-long commitment to developing this prime location is a huge economic win for the city’s continue growth,” Tampa Mayor Bob Buckhorn said in a statement.