The 25 most expensive homes sold around Tampa Bay in 2018 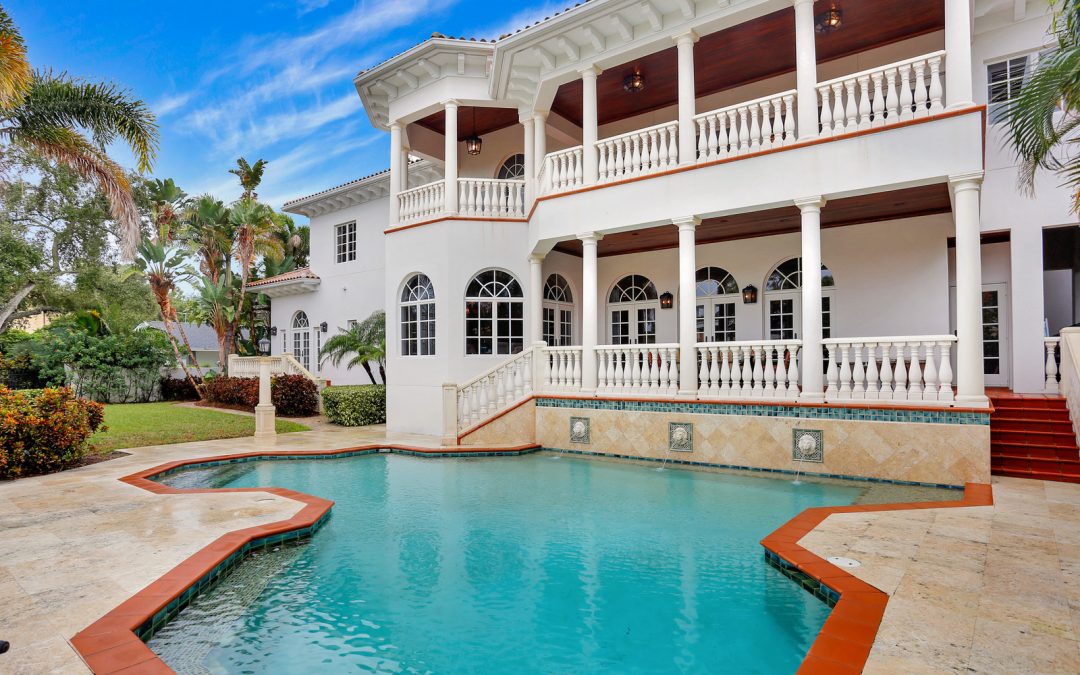 Ever wonder who buys those multi-million dollar mansions we spotlight each month when new sales figures are released?

For the third consecutive year, we’ve delved into property and other public records to put names to those jaw-dropping transactions. The research reveals that buyers of Tampa Bay luxury homes are an increasingly eclectic bunch, reflecting what has become one of the most diverse and desirable areas of Florida.

Two of the 25 most expensive homes of 2018 went to well-known buyers: Blake Casper, who owns many of Tampa Bay’s McDonald’s restaurants, and Thomas James, chairman emeritus of Raymond James Financial.

But while unfamiliar to most of us, other buyers have made their mark in a wide range of industries and professions. One co-founded a company that supplies temporary housing for victims of natural disasters. Another is a top executive of a major casino resort company. A third plays a key role in the making of gold and platinum jewelry. As in past years, buyers with ties to the health care industry outnumbered buyers from any other field though the tech industry was also well represented.

Despite concerns about climate change and rising sea levels, high-end buyers continue to flock to the water. Of the top 25 sales, 16 were on Pinellas County beaches. Redington Beach alone accounted for five sales, the most of any community in the Tampa Bay area. And prices have steadily risen, notes agent Dania Perry, who had three of the Redington listings.

“I remember telling a developer when he first built over on the beach that ‘hey, (Pinellas) county has only four or five home transactions a year over $3 million so you’ve got to be prepared — we don’t have those kinds of buyers,’ ” Perry said. “Now we had 20 homes over $3 million in Pinellas (in 2018).”

“In 2018 we had a lot of volatility in the stock market and people are now realizing that real estate is a solid investment,” he said. “I think 2019 is going to be a fantastic year.”

He and partner Mike Hughes currently have a $7 million Davis Islands home under contract.

Although they concentrate on their respective sides of the bay, Perry and Shelton agree that the Tampa Bay area overall has much to offer.

“We’ve got some of world’s best beaches, professional sports teams and owners that support the town, excellent museums, great restaurants, a world-class airport — What’s not to like?” Shelton said. “You couple that with the fact that waterfront pricing is still a bargain compared to Miami, Naples or Sarasota.”

The increase in international flights — direct service to Amsterdam starts this spring — and Britons’ uncertainty over the impact of withdrawing from the European Union could encourage more foreign buyers to consider Tampa Bay, Shelton said. And, Perry noted, “we still have our Canadians that love our area.”

Here’s a look at who bought the 25 most expensive home in Tampa Bay last year. (The listing agent’s name is in parentheses.)

Blake Casper, CEO of a company that owns dozens of Tampa Bay McDonald’s restaurants, and wife Tate bought the historic Stovall-Lee House with plans to turn it into a private club. The price was the highest ever for a residential property in Hillsborough County and third highest in the Tampa Bay area.

This gulf-front home with a 33-foot high foyer and 11-car garage was bought by Robert Dohmen and Shawn Buending. He is chairman of Dohmen, a group of Milwaukee-based companies active in the health care field.

Built in 2016, this house sold to Canadian entrepreneur Jeffrey Scott Fettes. He is co-founder and chief operating officer of 24/7 In Touch, an IT company with offices in Clearwater and 16 other sites in North America, Guatemala, Jamaica and the Philippines. It handles customer service calls for major companies like Walmart.

Anton and Donna Nikodemus bought this home with 120 feet of beach and a 900-bottle wine cellar. He is the chief operating officer of regional operations of MGM Resorts International, which has casinos in Las Vegas, Mississippi and other areas.

This home sold for $200,000 above the asking price to Carlos and Cassandra De Quesada. He is CEO of InSync Health Care Solutions, a Tampa-based medical software company. He is also a director of Allegra Motorsports, which competes in races throughout North America.

Chris and Maria Callas, trustees for the MCC Revocable Trust, bought this house shortly before selling for $5 million a nearby mansion that they had owned for barely over a year. He has been the CFO and she the CEO of Apollo Industries, now known as PLAZE Georgia, a specialty chemical contract packager of insecticides, cleansers and other household products.

This house, one of just nine behind a secondary security gate in the gated part of Harbour Island, sold to Brian F. Prince. He is a founder of Hegemon Capital, a Tampa-based private equity investment company, and an investor in Florida Funders, a firm providing early-stage capital to Florida technology companies.

Shawn and Dagmar Moore are the new owners of this home, which sold in an off-market transaction. He has been chief technology office of Solodev, an Orlando-based software company.

This home with multiple levels of outdoor lanais sold to Crossroads Trust, a private trust based in Palm Beach.

Thomas Kerr, a vascular surgeon, and wife Holly Ann Kerr, a vein removal specialists, bought this three-level home with salt water pool. The house also was among Tampa Bay’s 25 Most Expensive in 2017.

This three-story home with a 22-foot-high white Carrara marble fire place sold to a revocable trust with Stacey L. Whidden as trustee. Whidden, a Tampa native, is founder and CEO of EZ Dental Care, a dental insurance agency, and founder of other businesses in the health care and workers compensation fields.

This home on the 3rd fairway of the Palma Ceia Golf Course sold with T A Ballard as trustee.

Tim Arenberg, president of Columbia Pipe and Supply in Chicago, is the new owner of this home on Belleview Island, a double-gated enclave of 31 home sites within the Belleair Country Club compound.

This home on Oceanview Drive, one of Tampa Bay’s most expensive streets, was bought by Quinn Properties LLC. of Lexington, Michigan.

Harrel Lambert and Julia Lambert bought this home, built in the 1920s and once featured in Architectural Digest. The property includes a separate “glass” house with glass door. Harrel Lambert has been an asset management manager for IBM.

This Pass-a-Grille home with a commercial-rated elevator and room for 11 vehicles sold to Herbert and Patricia Ligon. He is the owner of 166 Research, a Nashville-based market research firm.

This penthouse encompassing the entire top floor of the Vinoy Place Tower # 4 sold to Ocean Pines, LLC of Hendersonville, Tennessee. It was a record-breaking price for a Vinoy condo.

Built in 2017, this home with an 1,800-bottle wine cellar sold to a trust in North Barrington, Illinois with Mark F. Moon as trustee. He has been a top executive at Motorola Solutions, a Chicago-based data communications and telecommunications equipment provider.

Donald and Mildred Bigger are the new owners of this home with exercise room and saltwater pool. He has served as president of Multax Corp., an Illinois-based company that makes parts for the aerospace, power generation and mining equipment industries.

This Mediterranean-style estate on Oceanview Drive sold to Robert Napior of Brookline, New Hampshire. He is co-owner of Deployed Resources, which provides temporary base camps for the U.S. military as well as temporary housing solutions and support for those displaced by natural disasters.

This home on a deep, over-sized lot was bought by Terrence and Virginia McCarthy. According to his LinkedIn profile, he is president of TJM Properties, which owns independent and assisted living facilities in several states. Through a separate company he operates hotels in Clearwater, Lakeland and Fort Myers.

Vincent and Mary Guadagna of East Amherst, New Jersey are the new owners of this two-year-old castle-like home. He is president and CEO of United Precious Metal Refining, one of the world’s largest suppliers of master alloys for the manufacturing of gold, silver, platinum & palladium jewelry.

This penthouse in the Grandeur at Sandpearl Residences sold to Jill Vissman and Shannon Vissman. Both Vissmans are executives in the health care field in the Pittsburgh area.

Finished last year, this home inspired by British West Indies architecture was purchased by Chad London. Sorry, we don’t know more about him. This one stumped us.