2019 Schedule of Events: Gasparilla Invasion and Parade of Pirates 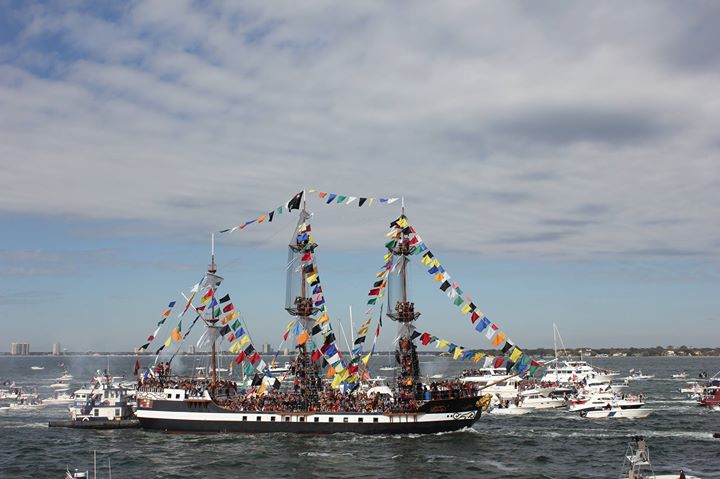 TAMPA (WFLA) – The 2019 Seminole Hard Rock Gasparilla Pirate Fest is scheduled for 9 a.m. to 9 p.m. on Saturday, January 26 in Tampa and will feature the 102nd Gasparilla Invasion and Parade of the Pirates presented by Ye Mystic Krewe of Gasparilla.

The Parade of Pirates draws around 300,000 so be prepared for large crowds.

The Jose Gaspar pirate ship arrives in Hillsborough Bay and makes its way to the Seddon Channel between Davis Islands and Harbor Islands. The Jose Gasparilla docks at the Tampa Convention Center at 1 p.m and the Tampa Mayor will surrender the Key to the City of Tampa into the hands of the Captain of Ye Mystic Krewe of Gasparilla.

The Captain and his Krewe share their wealth of beads and other treasures with the crowd along the 4.5 mile parade route, which begins at Bay to Bay Boulevard and Bayshore Boulevard and continues to Brorein Street and then Ashley Drive. The parade ends at Ashley Drive and Cass Street.

The parade will include more than 100 floats, 5 marching bands more than 50 Krewes and of course, pirates.