20 years in the making, Midtown Tampa is poised to begin a flurry of construction 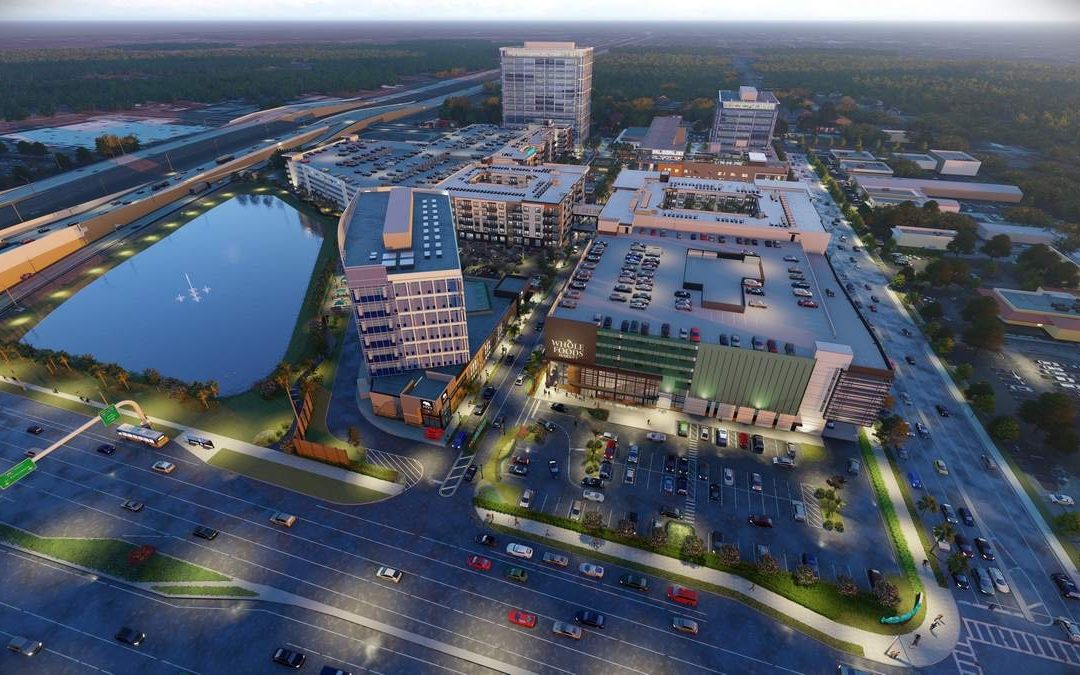 The history of the Bromley Companies in Tampa goes back decades, but its distant past looks a lot different from its near future.

Thirty years ago, Bromley had a company here that recycled wooden pallets.

Contrast that to a couple of months from now, when Bromley will start construction on an apartment complex, the bay area’s largest Whole Foods Market and the city’s first spec office building — that is, one built without necessarily hitting a pre-set level of leasing first — in 20 years.

Those will be the first of nine buildings and three parking garages at Midtown Tampa, planned on 22 acres at the southeast corner of N Dale Mabry Highway and Interstate 275. The entire $500 million project is targeted to open by the time the Super Bowl returns in February 2021.

“We considered about 30 different ideas for this site, some of them completely wacky,” Bromley chief executive officer Nicholas Haines, 46, told the Tampa Bay Times in his first interview on a project 20 years in the making. They included medical uses, big box retail and a Tampa Bay Rays baseball stadium, which Haines said ended up being an “intellectual exercise” because the site’s potential seemed greater.

“As a real estate developer, you don’t in your career have many chances to do something that really can fundamentally impact the fabric of a city,” he said.

Based in New York City, Bromley owns and manages office buildings in Manhattan, factories in Georgia and college dormitories in Kansas and Illinois.

“We’ve done different elements of this, but to do all four uses on 20 acres is something that very, very few people have done successfully,” Haines said.

The project’s origins go back to the late 1990s, when Bromley executives heard about a five-story office building at 3725 Grace Street being sold in an insurance company liquidation sale. The deal had to close in 14 days. Bromley put in the winning bid thinking about buying an investment property, not pursuing a grand vision.

Before long, the company started to hear from tenants that they loved the location and visibility, but not the “ragtag group of little industrial properties” they saw out the window, Haines said. There were transmission and body shops, a lumber yard, and low-slung windowless buildings that did millwork, shaped fiberglass and sold propane.

By the late 1990s, the company had assembled 14 acres and rezoned the property for several office buildings and what was expected at the time to be a Westin hotel. But it never found the right main office tenant, so it held the property, which it had bought for cash, into the 2000s and through the Great Recession.

After the recession, Bromley executives began to think bigger, fueled by three things: First, the strength of the broader economy. Next, Tampa’s past and projected growth. Last, what they sense is an unmet demand for some new-to-the-market restaurants and retailers and a set of experiences that went beyond shopping.

So they spent more than a year looking at new, multi-faceted developments around the country: Avalon north of Atlanta in Alpharetta, Ga., Santana Row in San Jose, Calif., North Hills in Raleigh, N.C. and Scottsdale Quarter in Arizona. One key takeaway: Programming — yoga on the lawn in the morning, lunchtime concerts and holiday events — is just as important as good design.

“Where we think the world’s going is … how do you curate the experience when you’re there,” Haines said. “To us, that’s kind of what makes a great place.”

Along the way, Bromley bought more parcels, making more than 25 purchases over 20 years. It spent 18 months not only planning where to put the buildings, but also planning for:

• Private streets that will allow Bromley to turn the center of Midtown into a pedestrian plaza for street festivals and other events.

• How the location of the garages can save visitors from having to drive far into the property.

• How design will allow different parts of the development to share resources and offer common services. One example: garages that serve office workers during the day and diners at night. Another: a single valet parking operation, so you could park your car at, say, the hotel during the day and pick it up from a restaurant that evening.

Bromley has secured financing for the entire project, Haines said. The original office building has been demolished, and work on the internal roads, drainage and water and waste water systems is projected to be complete within 45 days.

Construction will start in the second quarter of the year on a three-building, 390-unit Crescent Communities apartment complex, with a Whole Foods at the base of one of the buildings.

A seven-story hotel will include 220 rooms and a 20,000-square-foot rooftop with a pool, lounge, bar, meeting space and a dedicated elevator that will allow people to get to the roof without having to go through the hotel itself. With 360-degree views of downtown Tampa and St. Petersburg, “it will be a really cool space for people to congregate,” Haines said. The hotel will have a dual brand, but those companies have not been identified yet.

Midtown Tampa will have a total of 220,000 square feet of retail, 48,000 of it in the Whole Foods Market. Beyond that, Haines says, developers have been thinking about retail trends — starting with what Amazon is doing to in-store shopping — “so we’re not obsolete when we open.”

“If we’d have built this thing eight or 10 years ago, we probably would have done retail boxes that are 8,000 or 10,000 square feet,” he said. “Now many of our boxes are 2,000 to 4,000 feet. … Retail is shrinking and retailers are incorporating online and offline and the offline side of it needs to be smaller.”

Midtown’s leasing agents are in the process of negotiating leases for more than half the retail space, which will include six to eight full-service restaurants, Haines said. So far, no tenants have been announced.

“There will be people we think who will come up from Sarasota for some of the stores that we have,” he said, “because we’re going to have the only one of some of these stores in that broader catchment area.”

When the Bromley Companies started planning Midtown Tampa years ago, the city had nothing else with the same mix of office, retail, hotel and residential.

Now, however, it has two other such projects in the works — Water Street Tampa, with 9 million square feet of development, and The Heights, the home of the Armature Works and Heights Public Market.

“I think there’s room for all three,” Haines said, noting that each will have a different mix of restaurants and experiences. Tampa is big enough, he said, and its population, local economy and tenant base are all growing.

For similar reasons, Haines does not see the next recession, whenever it arrives, undermining his company’s project. The bay area does not seem to be as over-extended as it did before the housing bubble popped so “we don’t see signs that things are going to fall off a cliff.”

“If growth kind of curtails or moderates from a national perspective, or even locally, we still think there’s such pent-up demand for some of the things we’re doing that we think we’re just going to keep moving forward here,” said Haines who spends two weeks a month in Tampa working on the project.